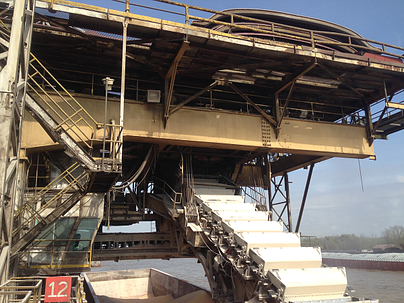 Dust is a collection of particles in the atmosphere that can consist of anything from soil to pollen to skin cells.  In terms of bulk material handling operations, dust mainly refers to tiny fragments of the very materials being transported or transferred.  After dust is formed, it causes more wear on equipment components such as bearings, and can create a grinding effect for increased abrasion.  It also leads to an increased risk of fire, higher maintenance costs and decreased visibility for workers.

Airborne dust can also be a health hazard.  Dust inhalation is one of the causes of the lung disease pneumoconiosis, and in the case of coal dust, black lung disease.  If enough dust of any type is dispersed within the air in a given area, it can create an explosion hazard under certain circumstances.

The U.S. Environmental Protection Agency (EPA) mandates that any facility that generates dust must minimize it in their operations as much as possible.  Some control measures include dust suppression, in which dust-generating sites are sprayed with water mist or fog to increase the weight of the particles and prevent them from leaving the immediate vicinity.

In contrast, dust collection systems use ventilation principles to capture a dust-filled airstream and carry it away from the source through ductwork to a baghouse collector.  The installation of a dust control system does not assure total prevention of dust emissions, but a well-designed system can protect workers and create a safer environment that complies with health regulations.

The Heyl & Patterson zipper duct is a dust collection system available for Continuous Barge Unloaders (CBUs), on new equipment and as an upgrade to existing machines.  This system is so proficient at its task that it has been known to collect dust from places it has not even been designed to target.

The zipper duct is a 27-foot-long steel duct that is commonly known as a torpedo, and moves in a perpendicular direction to the CBU trolley beneath it.

The zipper duct system was developed for an HP CBU in the Mississippi Delta region, near the New Orleans area.

Initially, the system was comprised of a square duct that was bolted to a conveyor belt, and the entire belt would move from side to side.  This soon evolved into the metal torpedo duct that slides between two long pieces of rubber that are pulled shut by vacuum force to keep a tight seal.  The result is dust control that is greatly improved, along with reduced maintenance in an evironment that is tough to maintain.

This new zipper duct system can be retrofitted onto an existing duct collection system, by reinforcing current ductwork rather than completely replacing it.  Increased fan capacity is also an option, with a variable speed motor driving the fan.  These are only a few of the continuous improvements that Heyl & Patterson has under development. 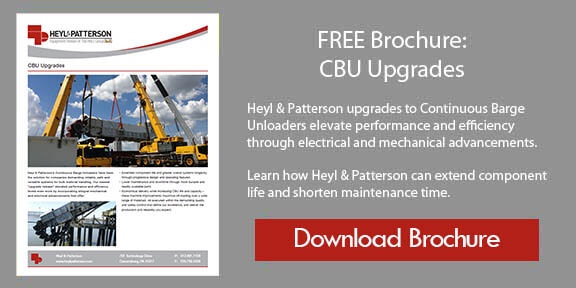