Heyl & Patterson to Exhibit at Power-Gen 2012 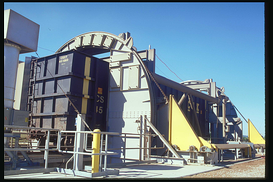 Coal is the most abundant fossil fuel on the planet.  It is a relatively cheap fuel, with some of its largest deposits in regions such as China, India and the United States.  Solid coal cannot directly replace natural gas or petroleum in most applications, since petroleum is mostly used for transportation and the natural gas not used for electricity generation is used as heating fuel.  Coal can be converted to gas or liquid fuel, but the efficiencies and economics of such processes can make them unfeasible.

Coal can be delivered by truck, rail, barge, bulk cargo ship or coal slurry pipeline.  Some plants are built as close to the mines as possible, and in these cases, coal can be delivered by conveyors.  A large coal train called a "unit train" may be over a mile long, containing as many as 140 cars with nearly 122 tons of coal in each car, for a total load of over 17,000 tons.  A large plant under full load can require at least one delivery of this size every day.  Some plants can even receive as many as three to five trains a day, especially during peak seasons when power consumption is high. 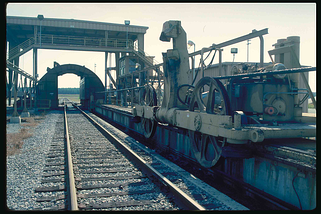 process the material in a rising flow of gas, and Calciners "torrefy" wood so it can be co-fired with coal.  All product lines will be part of Heyl & Patterson's exhibit at the upcoming Power-Gen conference in Orlando, FL.

Power-Gen International is a key industry trade show and conference that provides coverage of the trends, technologies and issues facing the coal industry and the rest of the power generation sector.  The effects of the Environmental Protection Agency's new coal regulations, which aim to clean up emissions of coal-fired power plants and boost air quality across 27 states, will most definitely be felt at this year's Power-Gen.

Among the topics to be discussed at the convention:

Power-Gen International will be held on December 11-13, 2012 at the Orange County Convention Center in Orlando, FL.  Heyl & Patterson will be located at Booth #1715.