Heyl & Patterson to Exhibit at Coal-Gen 2012 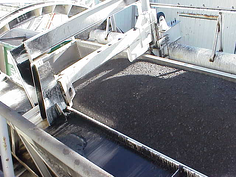 Coal became the preferred fuel for powering American cities in the 19th century, replacing wood around 1850.  Anthracite from the coal regions of Pennsylvania and West Virginia was perfect for household uses because it had high quality with few impurities, and stoves and furnaces were designed for it.  The rich Appalachian anthracite fields were close to the big eastern cities and a few major rail lines such as Reading Railroad.

Heyl & Patterson has had a close relationship with the coal mining industry since the late 19th century, having designed and manufactured coal handling equipment for 125 years.  In addition to rotary railcar dumpers, known as wagon tipplers in some parts of the world, we custom engineer barge unloaders, railcar movers and coal processing equipment.  We also offer a wide range of aftermarket services and upgrades for all of our products, regardless of their original manufacturer. 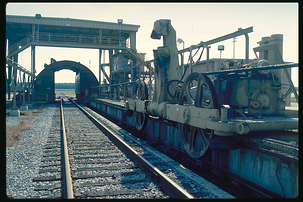 To showcase these machines, Heyl & Patterson will attend the Coal-Gen 2012 Conference & Exhibition.  Coal-Gen is the industry's most dynamic event, covering the latest topics that affect the design, development, upgrading, operation and maintenance of coal-fueled power plants.

Among the topics to be discussed at the convention:

Coal-Gen will be held on August 15-17 at the Kentucky International Convention Center in Louisville, KY.  Heyl & Patterson will be at Booth #1120.